It’s a video scenic design, drama and bodies fusion, a physical performance where 2D screening mixes up with the "3D" live movements of the actors-acrobats leaving the audience open-mouthed. The mix of video projections and animations made by a cartoonist, together with our vertical acrobatic movements, do the trick.

Sucked into a cartoon world, the two artists play "cops and robbers" on a vertical stage, taking a nonsensical and comical journey/adventure through crazy desktops, vintage videogames, breathtaking landscapes and apocalyptic sceneries.
Constantly on the run, they cross the globe, scale high buildings, jump on roofs, dive oceans and eventually end up in a vault. The same computer becomes a character and plays with the two heroes, who just happen to be on its desktop.

Wanted is the show that mostly represents our continuous research in the vertical theater field.
In the last few years, the show was rerun 150 times in ten European countries, Russia, Korea and Taiwan. 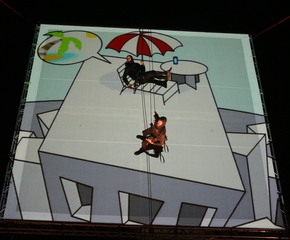 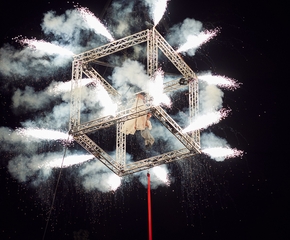 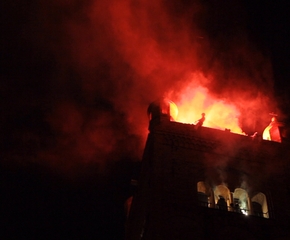 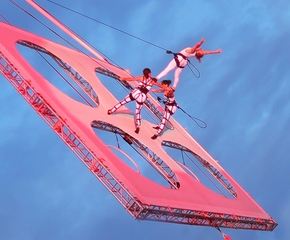